A bluish-white ring surrounded a tiny pin-prick mark on the back of my neighbours leg. The visual evidence of an insect bite. She claims it wasn’t painful at the time but when the itch became intolerable she sought out professional care. There wasn’t any other notable symptoms at the time but the doctor who treated her said it could have been worse and most probably a poisonous spider bite. Nothing makes me shutter more than the thought of a spider. Unlike my arachnid-phobic counterparts, I am able to tolerate the sight of a web without going into a screaming heart-palpitating frenzy but I still don’t like them. What kind of spider leaves an ugly, itchy mark? We don’t have poisonous spiders here in Canada – Do we? The visual evidence of my neighbours injury is conclusive, we do have poisonous spiders here. She warned me about the infestations of our eight-legged friends but I dared not to concede to such a notion until I saw the redness and swelling enlarge. She left me with a stiff warning; beware those things that hide in dark, quiet places.

There are many benefits of having these opportunistic feeders in our ecosystem, after-all, they deserve respect as a bug exterminator. Spider food sources depends on the species. White-tailed spiders are an obligate araneophange or (spider-eater), which means they rarely feed on other creatures other than other spiders. Moreover, Salticids and Dipoena species of spiders mimic ants, blending right in to obtain their food source. All spiders are known to live within a restricted range of prey, amid few variations, most are quite suited to their habitat. They love bugs; mosquitoes, flies, wasps, caterpillars, butterflies, dragonflies, beetles, crickets, silverfish, grasshoppers, and other small insects, including other spiders.

Generally, majority of spiders will only eat live prey and DO NOT hunt humans intentionally regardless of what you might fear, they only bite if they are provoked or inadvertently disturbed. Carnivorous and cannibalistic in nature, spiders are designed to inject venom into their prey in order to immobilise. Fortunately the common house spider is not dangerous or poisonous to humans but it will bite if it feels threatened.

The two types of spiders that are considered poisonous in Ontario are the black widow spider and the brown recluse spider. Bites from these two species can produce serious symptoms which require medical treatment. All arachnids prefer dry, warm climates so they are most visible during the summer months and are driven by innate survival instincts into our indoor environment by the cold harsh winter weather.

Spiders are solitary, tiny and are nocturnal. They need a place to entrap food sources to sustain their life. Avoiding a home invasion is straightforward – check for places they can easily creep into; holes in widow or door screens, cracks in the walls, or windowsills, or doorways, and seal them off but watch out for your dryer vent, it maybe particularly inviting. To restrict their access into your indoor environment, inspect the interior of your home then do the same outdoors but pay careful attention to spaces under porches or decks where they often reside unnoticed.

Once inside, they love to hide in cool, dark, dusty, or cluttered spaces and where there is air circulation. They particularly like undisturbed areas in your home around large appliances, in cabinets or cupboards, and spots such as firewood piles, basements, crawl spaces, vents, closets, under beds, and attics. Paper products or cardboard containers, left-over and poorly disposed food stuff, like bread crumbs seem to attract them also.

The simplest remedy is to vacuum areas where you have found spiders. Keep the vacuum clean and sealed. Some environmental deterrents, I researched, is to use chestnuts and diatomaceous earth (consists of fossilized remains of diatoms, a type of hard-shelled algae ) around exterior walls of each room and by the doorway entrances. I tried lavender soap mixed with lemon oils as a natural spider deterrent with success. Mix 2 tbsp lemon essential oil with 2 cups liquid lavender soap in a spray bottle – shake to mix ingredients. Spray around all entrances; doorways, windows, or wherever spider webs are found.

Silicone caulking is best to use on all cracks and holes outside and in the interior of your home. Most importantly, clean spider prone areas by pruning excess vegetation outside, and remove cardboard boxes and clutter inside. My mother sprinkled strong spices in the kitchen behind the large appliances, and dusted everything with lemon pledge which is probably why my childhood home was virtually spider free. Other good ole fashioned home remedies to try range from washing windows with ammonia and water followed by newspaper and kerosene (which evaporates and leaves a repelling residue), placing hedge apples pieces in known spider infested areas or simply plug-in high frequency devices in your home. While other remedies include adopting a cat or getting some ladybugs to wipe out spiders, I have used eucalyptus leaves. Not only do make things smell terrific, this herbal plant is great for eradicating cold symptoms.

If you must exterminate spiders, determine whether they are of the flesh destroying venomous kind like brown recluse spiders or the female black widow because a few web-spinners may actually be beneficial especially if you live near water. 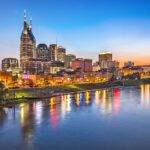 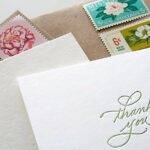 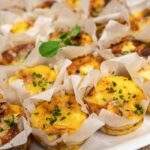 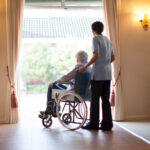